Let everything happen to you Beauty and terror Just keep goingNo feeling is final Ranier Maria Rilke Regardless of who we are or where we are born, we cannot escape one of the most inevitable experiences in life, the certainty of suffering. While we desperately try to find stability, we soon realize the inherent state…

On the Duality of Life 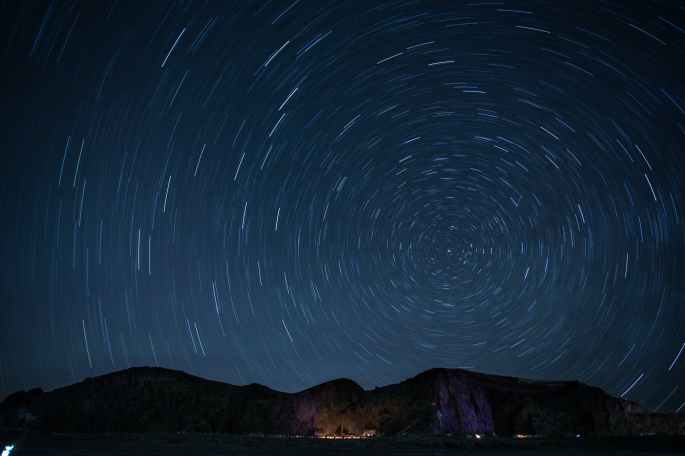 I have been running ever since I was present. My essence is running itself. I don’t wait for anyone. I run away from anything and everything. Please don’t try to stop me, because I won’t.

What am I running towards? I long for unity. I long to enter the limitless and eternal realm, where I won’t matter anymore. No one would have to be concerned about me. I guess that’s partly the reason, in fact the main reason why I keep running. Everyone I came across, so many, all the faces I have met, have been worried sick about me. It will be the same or probably get worse as I move along and see more faces. They worry themselves to old age, grey hair and yet, I am still running away from it all.

I wish I could stop to console those who worry. It’s not in my nature to look back. I am always looking ahead. I have quite the positive outlook if you were to think of me as someone always looking for the sun to rise. Will I stop when this world comes to end? I am not sure! I may slow down to catch a breath. For now, all I know is that I have to keep running.

Like that kid who’s always been running away from everything his whole life. Looking for an escape, longing for it. I have been watching him his entire existence. In the rear view mirror of course! I can’t look back. I wanted to stop and console him but there’s no helping it. I have seen him grow up. I don’t know what lies ahead for him. If I could give him some advice, I wonder what would I tell him? What thoughts? What words will soothe him? I don’t know! Is it really advice that he is looking for? Is it else that he is seeking? Does he know that, what he seeks, is also looking to find him? An old poet said this. Rumi was it? So many have been lost in me that I forget most. Few I remember well. It’s because their names are spoken of again and again. It’s like they are trying to yell at me, “Hey look, even though you have been running away from me for my whole existence, I am still able to keep up the pace with you.” It’s those that beat me to my destiny even before I could get there myself. And did I tell you that, I have been running ever since I was present? How can they transcend me? Am I not their equal? What am I to them? Am I just a perception to them? Yes, that’s it. I am a mere perception because those are also the ones, who are not concerned about me. They grow old too, but they don’t worry about me. So many try race against me, but I beat them all. I am the fastest runner, the best at running. At least this is what I think. There maybe someone else faster than me. In fact, there could be many. No wonder, why I change too. Am I running away or chasing after my destiny? It’s been so long that even sometimes, I forget. I need reminders too. In different places, I am perceived differently. Just like that kid who has been running away his whole life. Sometimes he reminds me of myself. He maybe just one, but almost everyone I have looked back at in the mirror, try to keep up with appearances. There is something else about him. It’s because he tries so hard to not care, and not care about what others think, but even then, people are just presumptuous. That’s how it is! He doesn’t care whether his name’s up in the lights or known to no one. Or does he? Maybe now, it’s I, who is assuming it. I wish I could stop to ask him but I can only look back at him. He looks forward to me because he is trying to find an escape. What is he trying to escape from? I wish I could tell you because I have seen it all, in the rear view mirror of course! Some things are better left unsaid. I do not reveal secrets, it’s up to him. He found people that he was able to confide in. He found people that he put his trust in. Were it them he was looking for? Did he get his escape afterwards? He is still looking for an escape. Sometimes it overwhelms him. He wakes up in the middle of the night with thoughts zooming in and out. He pours them all out, writing. Trust? Isn’t that what he always struggled with? Hmm. Now I know exactly what to tell him. I would tell him to trust me. Because I only look forwards, if he were to trust me, he will find his escape. But that seems wrong. His beliefs are different. We share the same beliefs but, perhaps I am not saying it in the right way. What he must trust is the divine will that is leading him forwards and nurturing him. Like it is leading me forwards. You see, I like to advise people in the way it is easy to understand. However, because we share the same beliefs, it’s easy to find words for him.

What would I tell them? What is their purpose? Do I even know it? Perhaps they are also the ones not worried or concerned about me. They live life to the fullest or at least they try and aim to. To them this is it. This is all of their existence. The morals and the idea of wrong and right, significantly changes, living with those beliefs. But I guess, they find their purpose in perpetuity, thinking this world would go on forever. That’s to align their good morals. They think that I won’t stop running. I might not but perhaps, I will be perceived differently. What about those who don’t have a moral compass? I don’t know, I guess this is too much to listen to. I could try capture all thoughts as I run but, you see, running feels great when you lose yourself in it. I run and take in the views serenely. Running is meditation to me. I have a rhythm. I change in different places but that’s also part of my rhythm. That’s another thing perhaps, I would remind that kid about. I know he writes and focuses on rhythm a lot. Meditating and practising martial arts and all. He perhaps, hasn’t found his escape because he hasn’t found his rhythm.

I am glad that he is thinking about me and I in return, am able to offer him some of my thoughts. He writes it all down at the break of dawn. Waking up to find serenity but his thoughts were everywhere. So, he picked up his phone and started thinking and typing. I like how this conversation took place quietly. I didn’t have to utter a word because I am busy running. He is there trying to grab onto my thoughts I leave behind. I wish him a Good Morning! And remind him once more, “Remember, trust and rhythm. Trusting the rhythm of the entire existence.”

One of my starting posts on this blog site was about Balance.

To summarise my previous blog, if you don’t feel like clicking on the link above or here, I wrote about emotions felt as a result of imbalance. I then, presented 2 ways of dealing with this imbalance to find balance. 1) Solution oriented approach 2) Getting at the root causes approach. I then added a bit of wisdom from one of my favourite characters uncle Iroh. Wish he was my real uncle lol 😆

Here’s another one of my favourites

I could just post all the Uncle Iroh’s pins and end this blog. But let me reflect on balance 🤔

Hope and strength is what you give yourself in dark times. That is the true meaning of strength. This is another one of Uncle Iroh’s quotes. I wanted to expand on hope.

What is hope? If I take no action towards my goals, can I hope to reach them?

If I refuse to change my habits or set ways, can I still hope for a better future?

True hope is having done the work, put in the effort and then hoping for the best. But the temporal nature of this life is such that, amidst this true hope, we can fall victim to other vices that can create imbalance within us.

An example, I write this blog for my self-development, reflections and sharing it so that, others who can relate to my thoughts can perhaps find benefit from it. But then, I start getting big headed and start thinking that I am wise and start boasting about my work and knowledge. This results in arrogance and the kind of arrogance whose roots can grab hold of the thinking, ‘that I am better than others’.

I prefer relating examples to myself because I don’t want to mention anybody else. It’s simple to use myself as an example, it’s also an antidote to keep a check on myself. It’s also a way to keep humble and knowing whether any of these vices taint my mind and/or heart.

While not with this blog, I have surely tried to get ahead of myself in other endeavours. Not thinking of myself better than others, but rather over exaggerating my skills in my own mind. This is also arrogance. Arrogance that makes me forget gratitude. Arrogance that makes me break my rules. Arrogance that causes me to praise myself and think how good I am because of my recent streak, processes and actions. Failing to acknowledge the real cause of my skills and failure to remain humble. Forgetting that all the skills, wisdom, intelligence, good habits that I have gained at all points is attributed to God alone. What I am trying to say is that ‘True Hope’ is having hope in the ‘Divine Decree’, on the condition that I do my best, put in the effort and then hope to not fall into the traps of my ego and whims. Hope to fall in love with the repeatable process to make it my instinct. Hope to improve so I can systematise it. Or better yet, another one of uncle Iroh’s quotes would fit well here.

I am going to pivot away from all the talk and reflection and finish this by saying, what can help me the most is being comfortable with uncertainty. It is indeed difficult to be patient over something that you don’t have knowledge of, or control. And what helps to be comfortable is meditation. It works well so long as I am not neglecting others areas and aspects of life. It is difficult to move forward keeping everything in balance. Especially when balance is frail in the first place 😅…. even then balance, contentment, equanimity can be achieved via staying and living in the present.

ps. I got the idea for the title from Haruki Murakami’s memoir ‘What I talk about when I talk about running.’